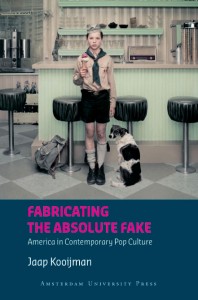 Recently I’ve been following (and somewhat half-heartedly participating in) a discussion on Twitter about authenticity. Half-heartedly because it quickly proved impossible for me to say anything meaningful in 140 characters about it. There are provocative nuggets of wisdom along the lines of “Authenticity is in the eye of the beholder” (thank you @esfq!) and “Authenticity is a genre” (thank you @marginalutility!), and then there are arguments that there is real authenticity as opposed to fake (consciously manufactured) authenticity (thanks @meanderaar!). It’s complicated, but in any case there is an obvious paradox. In the process of attempting to remain “true to one’s self”, “stay close to one’s autonomous values/personality/originality” or however else you formulate it, it is practically impossible to avoid considering at some point, and tuning in to how this is regarded by others (we are after all group animals). This directly implies a degree of fabrication and frequently leads to the detailed and clichéd posing as authentic (original, spontaneous, artistic, unusual, open-minded, out-of-the-box) especially typicial of social media like Facebook and Twitter, as Gidi Heesakkers notes (in Dutch) in De Volkskrant (thanks @AfkeAnne for the link!). While it seems cynical to assume therefore that being authentic equals being perceived as authentic (“authenticity is in the eye of the beholder”) it is hard to separate “real” (i.e. unconsidered, “natural”) authenticity from fabricated authenticity. Jaap Kooijman (@Jaap_Kooijman) calls the latter “the absolute fake”, and shows with the help of theorists like Umberto Eco and Jean Baudrillard how the absolute fake is authentically American in his brilliant and recently revised book Fabricating the Absolute Fake (2008, 2013).

All this is important for my research because Franklin Roosevelt was extremely good at appearing authentic to a mass audience, just at a time when this became very important for public figures. Roosevelt reached his electorate mainly through mass media, and learning the trade of seeming authentic over the radio actually involved a lot of study. He was, I’m sure, very talented at this (a “natural”), but one of his important insights was precisely that he needed to take seriously how he would be perceived. He had an unprecedentedly large and professional staff for orchestrating his public appearances. At their suggestion, for example, he wore a fake tooth during his radio speeches (he tended to whistle between his front teeth). Thus, his authenticity was consciously fabricated, and must therefore perhaps be regarded as deviousness rather than authenticity. On the other hand, he probably actually was open, original, “true to himself” and what-have-you – precisely as he, with a great deal of help – managed to appear.

It’s like poetry. If you have ever tried to communicate profound and heart-felt emotions in a poem, you’ll probably agree with me that strong  feelings do not necessarily produce good poetry. And conversely, a beautiful love sonnet, for instance, can be touching without being its author’s autobiographical experience. It does not matter whether the poet has personally experienced what he writes about; the poem can be convincing and moving entirely regardless of that. But most love poetry is to some extent autobiographical. Not always precisely, and whether it is so or not, is usually irrelevant. With authenticity, however, this is relevant: it requires that the (mass-)mediated image is highly consistent with other versions of the same person.