FDR as a Public Historian 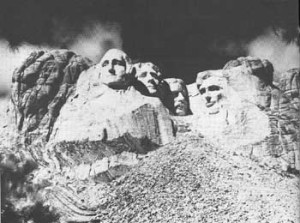 Public history is a phrase that came up in the 1970s, to refer to the work of historians outside of academia – in museums, archives, the government, the media etc. Presenting history to the public, and perhaps even more prominently, doing history with the public, has become an important field within history and many universities now have MA programs in public history to prepare students practically and theoretically for the challenges involved in engaging the public in all aspects of history.

But of course public history as a field did not spring up out of nothing in the 1970s – it has a far longer genealogy, and one might even argue that ‘the public’ has always engaged with the past in one way or another, and professional historians have been involved in that process in a number of ways.

Historians of public history like Michael Kammen and Denise Meringolo mark the early decades of the 20th century as especially important for the evolution of public history in the US – in those years preservation of “Americana” (objects representing America or the American past) and American landscapes (particularly the National Parks) became increasingly popular. Another watershed moment in historical preservation in the US was the New Deal, when most of these efforts became federal. Moreover, the New Deal included many project that did not just preserve sites and objects, but also collected history and created future heritage. For instance, historians collected over 2000 narratives of black Americans in the South who were born and grew up in slavery – a massive oral history project that has produced important testimony and gave voice to a group that was usually denied one.

FDR was not a professional historian, and he did not conceive of carry out most of these historical and history-making New Deal projects (and insofar as he did, he did it in the first place because they provided jobs to unemployed historians/writers/artists etc). Yet I would argue that he was in some ways a public historian avant la lettre, who was highly cognizant of the importance and potential uses of the past, and who strongly believed that preservation of natural and historically important American landscapes ought to be a public task, and made it so.

I am currently preparing to make this argument for my paper at the National Council for Public History conference in Nashville in April. More about that argument – including the explanation of the picture accompanying this post – soon!