FDR on the Ground in the US American Landscape 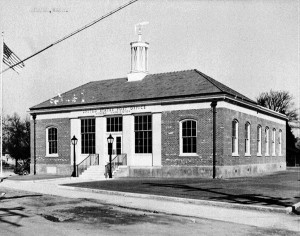 I guess that every politician, and very many others, think about and plan for how they will be remembered. Augustus did so by issuing coins with his portrait, Louis XIV had many statues and paintings of himself disseminated in seventeenth and early eighteenth-century France, a tradition enthusiastically adopted by the Napoleons.

One aspect that these instances have in common, is that they represent the leader in question iconically. I use that term as American philosopher Charles Sanders Peirce did, to denote that the representation looks like the original. The coins, statues, paintings and wall tapestries depict figures that bear (often flattering) resemblance to the actual people they represent.

However vain or self-important FDR may have been, he was no great fan of such iconic visual representation of himself. He did not wish to be remembered through visual representations of his body, partly no doubt because of his disability. However, many of the social and economic programs within the New Deal did employ makers of all kind: architects, builders, artists, writers, photographers, and some of its major projects created massive infrastructural improvements in the American landscape (roads, parks, post-offices, schools etc.), often with a specific and recognizable architecture. So ever since the 1930s you can see traces of the New Deal in practically every town in the US. Roosevelt did not hire artists or architects to blow his own trumpet in the most obvious way, but the presence of the New Deal in the American landscape does serve as a constant reminder of that time and his presidency. These roads, buildings, and mural paintings in a sense point toward the New Deal and FDR, but do not iconically represent him. Charles Sanders Peirce called this kind of representation indexical. And although the many indexes in the American landscape do not directly celebrate FDR, they do, my dissertation argues, contribute to his presence in American memory. Or as my first proposition has it:

“The many political, cultural and architectural traces of the New Deal function as indexes to Franklin Roosevelt, ensuring his continued presence ‘on the ground’ in the American landscape.”