Memory Day: What is the Plot FOR America? 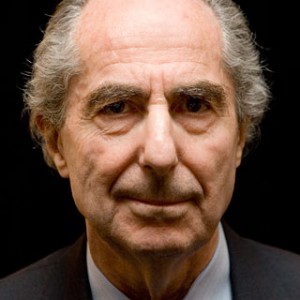 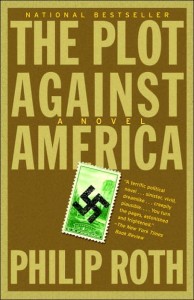 Today I taught my last class before the summer, and therefore also the last class of this entire year. An odd feeling – the kind of thing I tend to really look forward to, and then, as soon as it has happened feel vaguely sad and already nostalgic about. It was a seminar about The Plot Against America – I didn’t dare to tell my students it is one of my favorite books, because apparently I say that at the beginning of every class (which is always about a different book). But it is one of my favorite books. A counterfactual history, Roth writes a fictional autobiography, which is in every way as close to “what really happened” as possible, except that he does not let Roosevelt get reelected president in 1940, but the staunch isolationist and champion aviator Charles A. Lindbergh. It is the beginning of America turning fascist, and the novel narrates how young Philip Roth’s family might have reacted and fallen apart as a result of such an outcome.

What The Plot Against America essentially does, I think, is bring out the relativity of history. It seems to argue that what we study as history seems inevitable, but could have turned out very differently, and that this is all rather coincidental and chaotic and therefore not as meaningful or as singularly true as we tend to believe. Casting Lindbergh as World War II president, Roth brings out the isolationist and anti-Semitic tendencies that of course did also exist in the US at the time. In that sense it dispells or at least questions the popular historical plot that America’s Greatest Generation was only good and righteous during the Good War. And so it is in a sense a plot against America, engaging in the memory wars about who gets to tell what story of America’s role in the Second World War.

The novel is also full of Roosevelt references, too many to sum up, but still intriguing. Such as Lindbergh, who is nominated in 1939 by a staged acclamation at the convention (like FDR in 1940!) and who campaigns flying around the country, reminiscent of FDR’s legendary flight to the Chicago Democratic National Convention to accept his nomination. Both are innovative figures, who explicitly linked themselves with new technology and were very succesful communicators in the modern media. And there are more interesting Roosevelt foils (like Philip’s cousin Alvin who loses his leg, and radio columnist Walter Winchell), but that’s something for another day…

Één reactie op Memory Day: What is the Plot FOR America?