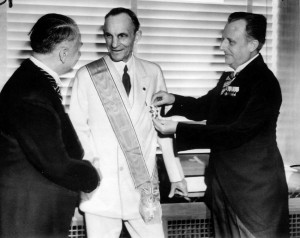 My friend, dr. Isabelle Ley, wrote to me in response to my previous post:

Dear Sara, just reading your thoughts on the “relativity of history” I agree and disagree: I also think (as a laywoman) that history is a contingent thing and, of course, as Roth brilliantly shows, there are always endless variants and directions into which history could have turned… However, I don’t think, as “relativity” may imply, that it is so coincidental after all, which route is eventually chosen but, to the contrary, that history is the product of choices, more or less consciously made. History is contingent, open, to be made – and therefore we are responsible for it, it is in our hands. Only because it is contingent and open, we can do something about it and make it take a certain path (the non-fascist one, in America’s case) or another (…).Again, I recommend my favorite Claude Lefort (“les formes de l’histoire”, for instance), and, of course, Hannah Arendt, on the relationship of the contingency of history and politics. Btw, a good English introduction into Lefort is: Bernard Flynn, The Philosophy of Claude Lefort. Maybe These YouTube Videos of a Memorial conference on Lefort are also helpful:
http://www.constellationsjournal.org/2011/01/claude-lefort-memorial.html

Thank you so much for your great reaction and your recommendations (which, by the way, entirely give the lie to your claim of laymanship). Of course I agree with you. It is important, significant and by no means coincidental that America did not become fascist when other countries did. And what is more: I think Roosevelt played a central role in establishing and carrying out the heroic part the US did eventually take.

In fact – thanks largely to yourself – I am inclined to think of him as trying (indeed practically succeeding) to embody the vacuum at the center of  power, to use Lefort’s terms. One might even argue that what The Plot Against America does is to take FDR out of the locus of power (which he did indeed perhaps occupy more than he should have – see the many claims from his opponent that he behaved like a dictator/monarch) and experiment with what remained. I don’t think his experiment is a particularly likely alternative outcome, but its negativity does go to show how much FDR is still seen as a personification of the Good War. And it draws attention to fascist tendencies and anti-Semitism that were really there. Charles Lindbergh did actually say the things Roth quotes him as saying and the KKK also lynched Jews (though not in the 1940s). America’s track record for anti-Semitism is definitely better than that of most European countries, but it is salutory also to realize sometimes that it is not clean. I think that is what I meant when I was talking about the relativity of history: mainstream (especially visual) cultural memory as reflected in, say, popular films, tends easily to overlook such things.

P.S. My week was alright.