Are Visual (or Cinematic?) Representations Likelier to Be Celebratory? 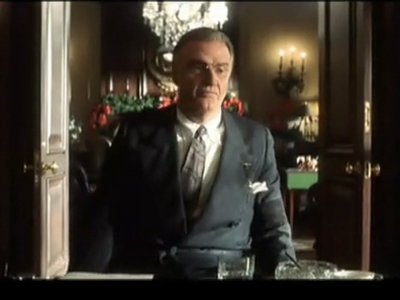 As we have seen in the previous two posts, a novel that makes conjectures about what would have happened if Roosevelt had not been president during the Second World War, easily sparks discussion. What is the underlying point such a novel makes? Does it besmirch a historical figure like Lindbergh, or the deservedly heroic memory of the Greatest Generation? The Plot Against America is actually not at all critical of FDR (the contrary), but there are other novels, such as Gore Vidal’s The Golden Age in which a fictional FDR has foreknowledge of, and indeed invites, the Japanese attack on Pearl Harbor. This novel effectively accuses Roosevelt through fiction.

It is my impression that textual representations of Roosevelt in World War Two generally tend to be much more critical than visual representations, particularly films and documentaries. Films like Pearl Harbor and documentary series like Ken Burns’ The War in my experience tend to be far more celebratory and/or consensual. I can think of counterexamples either way, but on the whole this seems to be a trend. Why is that? because a novel/popular non-fiction is written by an individual and a film usually made by a large crew with many different interests at stake? Because text lends itself intrinsically better to critical assessments than visual material? I don’t know, and what it worse – I think there must be well-developed theories about his, but I can’t find them. What do you think? Again: theories, references and general thoughts are very welcome!