My Week of Abstracts, Proposals and Feedback 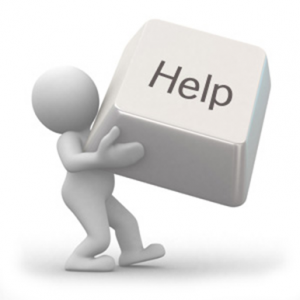 This week was unsuccessful in really furthering the thesis chapter I am working on. At the very least, I had hoped to write out and develop the thoughts that my supervisor suggested when we discussed it last week, but even that didn’t happen. The only thing that really happened is that I realized that I won’t finish this chapter to my satisfaction before the (other) baby is born…

What does seem to work out to some extent are my efforts to become more active and visible internationally at conferences and through articles. So far I hadn’t really seriously tried finding good calls for conference papers and so on, and had not even really got my head around how to do that in the first place. In the last few weeks, after I had – thanks to colleagues like Tom Perrin, Michael Newton, Manon Parry and Bert Zeeman! – found some appropriate channels to find CFPs, I have worked on a couple of abstracts and proposals. Initially there were all rejected through emails along the lines of “We received many strong proposals, and unfortunately cannot include all of them in the programme.”, kind, but also useless if you want to learn the trade.
Though perhaps it did help, because this week suddenly the good news started coming in, both in the form of straight yes-pleases and in the form of responses that gave very useful feedback for adjusting my plans somewhat to make a proposal more suitable, and suggestions for setting up conference panels together with other people (whom I was already very keen to work with). I know academia is supposed to be lonely, but to me such cooperation and interaction is really important, actually more so than international visibility and success, although the two are obviously related. 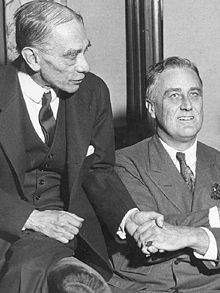 How did Roosevelt ensure he received useful feedback? Initially, I think this was difficult for him – he did get it, but mostly in the form of enmity and rejection from the Democratic Party establishment, who – no doubt with some justification – found him annoying and arrogant. From around 1910 onwards, Louis McHenry Howe became a very important figure to advise FDR. As former New York Herald reporter, Howe was very streetwise in gauging and understanding the press and the public’s needs and interests. Howe strongly believed Roosevelt should and could become US president and dedicated his own life to ensuring that that would actually happen, guiding Roosevelt PR-wise (and otherwise) through his marital crisis in 1918 and his attack of polio in 1921. He is regarded by various biographers (including Jean Edward Smith and Geoffrey Ward) as being in large part responsible for FDR’s re-entry to the public arena after becoming disabled, and for helping him work out how to deal with his disability in public.

Later Roosevelt of course also had many other advisers and aides, including the millions of American citizens who wrote to him giving their views, but that stage is somewhat far ahead for me now. However, if you do have advise (about anything at all, excluding penis enlargements, which this blog already receives more spam about than I can read in a lifetime), do let me know…