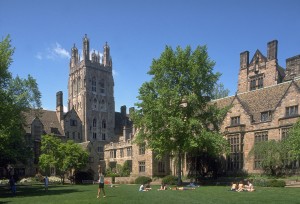 It’s been a while since I’ve written about developments in my work life, but in summary: I’ve been rather engaged in developing future plans. I feel edgy blogging about those plans because it is not yet sure whether they will materialize. But that’s an odd reason really. I don’t believe it’s bad luck or sharing will impact their progress, and it is part of my research process and therefore of this journal, as much if it doesn’t actually happen. It’s a bad habit in academia only to report positive results.

I’m planning to go to Yale University for a semester after the summer to do part of my research with Jay Winter (I’ve written about him before). He is one of the founding fathers of memory studies, so it’d be a great honor to work with him, and insofar as I know him, I think he’s a very stimulating man to work with. If all else fails, he has said that he likes the idea as well, so I shall cherish that whichever way things turn out. For now, the main issue is funding the expedition. There are various scholarships and bursaries I can apply to, which is invariably a great deal of work. You have to sell yourself without being too obvious about it, you really mustn’t make any mistake with spelling, language or even more embarrassing issues. For every application you have to have different references, so you continually have to bother people far senior and super-busy with demands to blow your trumpet (yet again) on official university letterhead without knowing what they’ll say.

Any serious academic should profess to hate doing all this, but I don’t. Or not always. I used to have a small business and I always feel that that helps. Or rather, that I don’t really mind selling myself without seeming to (so far for my own authenticity), and that that is also why having a small business worked for me. Motivating why my research should be funded is an instructive exercise in explaining what I do and why that is important.  I find that I tend to convince myself, which helps in actually doing the work I have argued to be so important. I hate it when such proposals are rejected, because I can’t help but take it personally, which of course it isn’t. But it’ll be ages before I find out.

The idea of actually going simultaneously fills me with dread and joyful anticipation, so there’ll always be good news and bad news to tell. TBC.