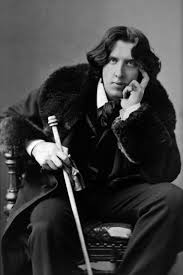 – quotation marks around a word or phrase which is not actually a proper, referenced quotation – I tend to “dislike” them. The reason for this is that it is often entirely unclear what the inverted commas mean. “Dislike” in the previous sense, could mean that I actually HATE them, but for the sake of propriety have chosen a milder word. Or it could mean that I wanted to stress the etymology of dis-like. Or that in some other way, I want to communicate to you that I am raising my eyebrows at the word, or that the inverted commas are there purely to indicate that I distance myself from the word. Especially in academic writing, this is usually annoying, because it leaves implicit why the distance is needed, whereas pinpointing precisely what a concept means or what is wrong it, is usually what academics (in the humanities) do. As it happens, I just needed to have an example of a scare quote – hence the “…” around dislike.

I know using scare quotes is more usual in the social sciences, often to stress that something, say “gender”, is a social construct, the existence and formulation of which is not universal and (should be?) subject of debate. Fair enough as a convention, although I still tend to wonder what precisely the inverted commas mean. And after all, no matter how many inverted commas you put around something, you still end up saying it.

Another context in which they often occur, is that of the Camp. I’m assuming everybody has a sense of what that is, which is good, because it’s a concept too slippery to define. However, if you want to read more about it, a great text is still Susan Sontag’s “Notes on Camp” (1964) (the “…”, by the way, are here because I always do that with article titles, no pun or anything else intended), in which she says:

Camp sees everything in quotation marks. It’s not a lamp, but a “lamp”; not a woman, but a “woman”. To perceive Camp in objects or persons is to understand Being as Playing a Role. It is the farthest extension, in sensibility, of the metaphor of life as theater.

This is important for our understanding of Roosevelt’s authenticity. He never put things in inverted commas. His speeches are dramatic without being camp. Perhaps he understood Being as Playing a Role, but he certainly never suggested hinted at such a belief. Doing so would have broken down the suggestion that playing a role was unnecessary for him, which is at the heart of being perceived as authentic. A champion of Camp like Oscar Wilde did the opposite: in interpreting Being as Playing a Role, he indeed found authenticity in the absolute fake (to use Jaap Kooijman’s term). “One should either be a work of art, or wear a work of art.” stresses the constructedness of everything and everyone so emphatically that Wilde all but defied the authenticity paradox.

Roosevelt did not. But some cultural artefacts representing him do, like – again, sorry – FDR American Badass! which is supremely tongue-in-cheek and silly, but nonetheless makes a claim about Roosevelt’s place in history. With all its inverted commas (or their cinematic equivalent) it still ends up saying what it says. That Roosevelt personally and physically embodied America in World War II. More about that soon.