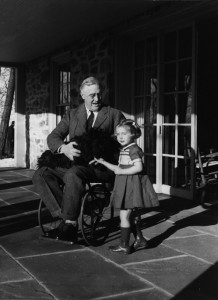 Thank you everybody for sharing your thoughts and ideas about this photo! I’ll summarize briefly what some of you have said and asked about it. First of all, many people responded to my use of the word iconic. Is this really an iconic photo? they asked. It is not iconic like Nick Ut’s photo of children fleeing from a napalm attack in Vietnam, or the one of JFK’s son saluting at his father’s funeral. I know things get called iconic way too easily, and that, particularly, you always need to think about the question for whom an image is iconic. To be honest, I used the term somewhat naively; I should perhaps have said “very famous”, because I don’t really mean to suggest it transgresses far beyond its own context – which is often considered as a requirement for an icon (e.g. the coke bottle and the image of Che Guevara symbolize far more than the drink and the man). But I am convinced that this picture became famous, probably quite suddenly, in the course of a few years, at some point between 1941 and now, and I would like to know when. Ideally I would have a table with numbers of reprints by year, but it is rights-free and in the public domain, so it seems impossible to get something like that.

Anyway. As for the content: it made various people think of Annie the 1982 film about the red-haired orphan (who, in a small subplot, visits president Roosevelt). It struck me, because I have that association too. Even though the girl doesn’t really look like Annie at all. I suppose it goes to show how influential cinematic representations are, even (or especially) if they are in a children’s musical. I bet many people nowadays know Roosevelt was in a wheelchair, because they have seen him in a wheelchair in Annie. (Which is also interesting in light of the fact that most of these people presumably don’t think he was wont to burst into song at random intervals.) But while this girl is not Annie – she was called Ruthie and was the daughter of the caretaker of Roosevelt’s Hill Top Cottage at which this photo was taken – I’m inclined to believe that the photo may have become very well-known around the same time as Annie. Both couple a man who is visibly powerful yet disabled, with a girl who is visibly common yet young, enchanting and able-bodied. In a sense they are extremes, who together encompass an America that provides room and opportunity for everyone who has the courage to take on the challenge.