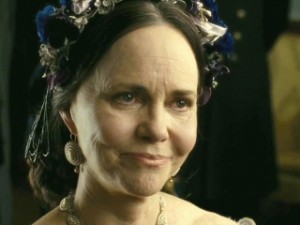 In previous blogposts I have discussed the two Franklin Roosevelt films that came out in 2012 (Hyde Park on Hudson and FDR American Badass!), but that year also saw two Abraham Lincoln movies: the Lincoln (Steven Spielberg, starring Daniel Day Lewis, who won the Oscar award for Best Actor), and the quirky Abraham Lincoln Vampire Hunter (Benjamin Walker). In both films, the protagonist’s wife Mary Todd Lincoln has an important role, not only as the president’s wife and key figure in his private life, but as a politically influential agent in her own right. This is surprising – officially of course the First Lady does not have political power derived from her husband’s high office, and Mary Lincoln was hardly actively engaged in politics.

I haven’t really found my angle yet, but if you have seen any of these films, would you agree? What kind of evidence or argument would convince you of this claim? Please let me know!