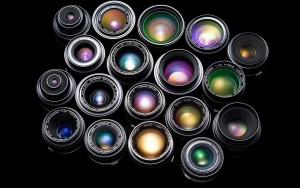 One important argument my thesis makes is that methods from cultural analysis (and literary studies) can help historians to interpret the past. One aspect that is central to cultural analysis is the idea that through observing one’s own responses to an object, one can get at a better understanding of the object. This can be viewed as antithetical to what historians often try to do: establishing objectively, or at least as dispassionately as possible, “what really happened” in the past. Historians of course know that real objectivity is impossible, but the idea nonetheless usually is: the smaller the historian can make herself, the better it is.

Cultural analysts like Mieke Bal (e.g. in Loving Yusuf) take a very different approach: by establishing what it is in a cultural text that creates their own responses, and by tracing the trajectories of that text through times and contexts, they interpret it. Such interpretations are not asking what a text “really” or originally meant, but rather how and why it can take on particular meanings. This is not entirely what my thesis does, but it certainly argues for a more explicit acknowledgement and use of the researcher’s positionality in explaining its interpretive choices. Historians, like all researchers, operate in a context, and that context will influence how one reads the past, so to my mind, at least some attention to that interference – whether it is seen as disturbing or as productive – is necessary. So my eighth proposition is:

“Good historians are aware that they produce narratives that serve ideologies of the present. Reading both historical sources and historical analyses using the methods of literary studies can help to understand and make explicit this dynamic.”