Representation Is Always Also About What Is Not There 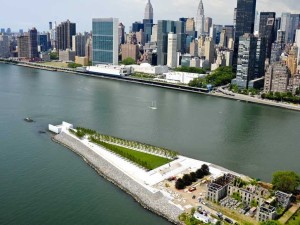 The ninth proposition is a bit of a cliché, but a cliché that I am always happy to remind myself and others. When you study any text (in a broad sense, this also includes visual or otherwise non-verbal “texts”), it’s useful to look for what is missing. Even when watching the news or reading yearly business reports of companies it is usually rewarding to look out for silences. What don’t they say?

And FDR is a particularly grateful object for this type of inquiry, because there is a lot that he did not address, and much of what he did say could easily be interpreted as drawing up smokescreens to keep audiences’ attention away from what he did not want to be discussed. The wheelchair is an example – he did not lie about it, but did what he could not to direct attention to it, diverting it to other issues. But also in later FDR remembrance many things are not addressed – and in some cases the wheelchair may indeed have become the smokescreen by now. For a long time the internment of Japanese Americans was habitually omitted from FDR representations, for instance, while the compassion, strength of character and crisis management skills he learned from having polio were overemphasized. Another particular, but by no means unique, instance that intrigues me is the almost ostentatious absence of Eleanor Roosevelt from the Four Freedoms Park on Roosevelt Island (NYC). She is not referred to at all, except that the memorial (with FDR’s bust) points to the UN Headquarters – and Eleanor Roosevelt was the first American delegate to the United Nations. It is as if she is hovering in the air between the Park and the UN building. My ninth proposal wants to draw attention to such prominent absences:

“Representation is always also about what is not there.”